They must refrain from sacraments until they have “repented,” the diocese in Michigan says. Critics say it’s another example of defiance of the pope by “culture warrior bishops” in the U.S. 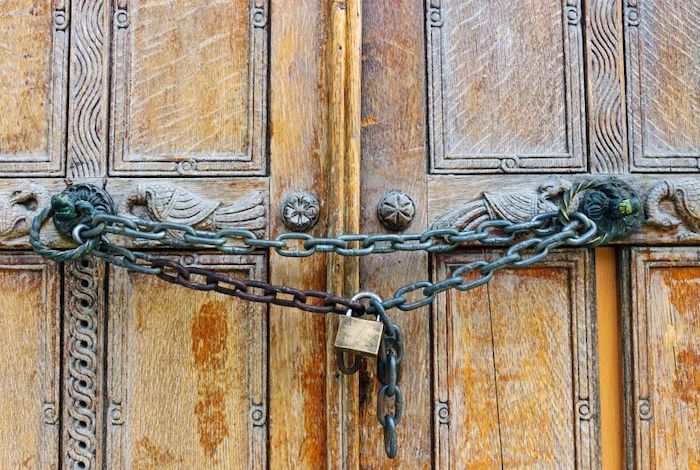 A Catholic diocese in Michigan has been thrust into the national spotlight after a prominent priest and author shared its guidance on transgender members and those in same-sex relationships on social media this week. The viral guidance, which the Diocese of Marquette issued in July, says such congregants are prohibited from being baptized or receiving Communion unless they have “repented.”

An advocate said it was the “most egregious” guidance ever issued by a diocese.

It instructs the church’s priests on how to develop pastoral relationships with “persons with same-sex attraction” and “persons with gender dysphoria” and “lead them step‐by‐step closer to Jesus Christ in a manner that is consistent with the Church’s teaching.”

The Roman Catholic Church has long held that being gay isn’t a sin but that being in a gay relationship or having gay sex is. The Vatican also ruled in March that priests can’t bless same-sex unions.

Regarding transgender people, the Vatican in June 2019 released “Male and Female He Created Them: Towards a Path of Dialogue on the Question of Gender Theory in Education,” which rejected the idea that trans people can exist and said the “ideology” aims “to annihilate the concept of ‘nature.’”

The Diocese of Marquette said in its guidance that trans people deserve “love and friendship” and compared them to people “suffering from anorexia nervosa.”

“In this disorder there is an incongruence between how the persons perceive themselves and their bodily reality,” the guidance says. “Just as we would refer a person with anorexia to an expert to help him or her, let us also refer persons with gender dysphoria to a qualified counselor to help them while we show them the depth of our love and friendship.”

The document says people in same-sex relationships and trans people can’t be baptized or confirmed or receive Holy Communion. They also can’t serve as witnesses at Catholic baptisms or confirmations.

But, the guidance says, gay and transgender people can participate in such sacraments if they repent. For gay, lesbian, bisexual and queer people, that would mean ending same-sex relationships, and for trans people, it would mean living as the sexes they were assigned at birth, although the guidance says trans people who have undergone “physical changes to the body” aren’t required to reverse them.

Also, in accordance with Catholic doctrine, the guidance says children of same-sex married couples can be baptized if they are raised in the Catholic faith and taught that same-sex marriage goes against the church’s teachings.

“Unlike a man and woman who are cohabitating or in an invalid marriage, the status of same‐sex couples can never be regularized, which presents a particular pastoral concern,” it says. “To avoid scandal, the baptism should be celebrated privately, and care should be taken to avoid the impression of accepting the redefinition of marriage and parenthood.”

The document surfaced after the Rev. James Martin, a Jesuit priest, LGBTQ advocate and best-selling author, criticized it on Twitter, writing Tuesday, “It is not a sin to be transgender.”

Martin added: “Transgender people are beloved children of God struggling to understand their identity. They need to be accepted with ‘respect, compassion and sensitivity.’ As Cardinal Gregory told a trans person, ‘You belong to the heart of this church.'”

Wilton Gregory, the archbishop of Washington, D.C., is the former president of the U.S. Conference of Catholic Bishops.

He tweeted later that assertions that being transgender is a sin and that trans people don’t exist “do immense harm to LGBTQ people and their families.”

He continued, “The Catholic Church needs to listen to LGBTQ people, not give them more reasons to distance themselves from the church.”

In a statement emailed Thursday, the Diocese of Marquette said the guidance was shared with pastors and school principals, among others, to provide “a framework” for them to develop pastoral relationships with LGBTQ congregants.

“The Church teaches that persons experiencing feelings of same-sex attraction or gender dysphoria is not sinful, but freely acting upon them is,” read the statement, shared by John Fee, the diocese’s communications director.

The statement also noted that the diocese’s bishop, John Doerfler, “served as a Courage chaplain” in his previous ministry and “found working with the Catholic apostolate to persons with same-sex attraction for several years as a priest to be a ‘privilege’ and he remains inspired by the members’ ‘faith and desire to live chastely.’”

Marianne Duddy-Burke, the executive director of DignityUSA, which advocates for LGBTQ rights in the Catholic Church, said the guidance is part of a larger trend of dioceses’ “making statements that look like they’re trying to be helpful to gay, queer and transgender people but that are really doing harm to the spiritual, emotional and physical health of our community and to families.”

She described the Marquette diocese’s guidance in particular as the “most egregious” ever issued by a diocese, saying it “goes much further than any diocese has gone before.”

She said that since the Vatican released “Male and Female He Created Them” — which she said was supposed to have been narrowly focused on education — more than a dozen U.S. dioceses have implemented their own policies or released additional statements.

“This educational mandate was sort of just put on the shelf by almost every other country in the world, but it just shows how many culture warrior bishops we have here in the United States, that they have really amplified this kind of teaching to the detriment of LGBTQ Catholics, who feel evermore excluded by the hierarchy of our church,” Duddy-Burke said.

The guidance from the Diocese of Marquette, as well as similar guidance from other dioceses, is also in conflict with many of Pope Francis’ teachings and the overtures he has made to the LGBTQ community, she said. In 2013, for example, Francis responded “Who am I to judge?” to a question from a reporter about gay priests. Last year, he told a group of parents that God loves their LGBTQ children.

But Francis’ statements conflict with church doctrine about LGBTQ people — a doctrine that Duddy-Burke said has been driving people out for decades.

A 2015 Pew Research Center survey found that half of people who were raised Catholic had left the church at some point. While it’s unclear how many left over the church’s LGBTQ policies, a survey in 2019 by the Public Religion Research Institute found that nearly three-quarters of white and nonwhite Catholics, or 74 percent, support nondiscrimination protections for LGBTQ people. The majority also support same-sex marriage, with 68 percent of Hispanic Catholics and 63 percent of white Catholics in support.

Duddy-Burke said young adults are even more accepting of LGBTQ people than previous generations were — and nearly 1 in 5 have said they aren’t straight, according to one global survey — which means they have grown up in a world “where many of them expect equity and inclusion for LGBTQ people.”

“If the church continues to have discriminatory attitudes, policies and teachings, the trend of people opting out of Catholicism is only going to continue,” she said.