Pretty soon, this could jump from internal Church politics to the secular variety. 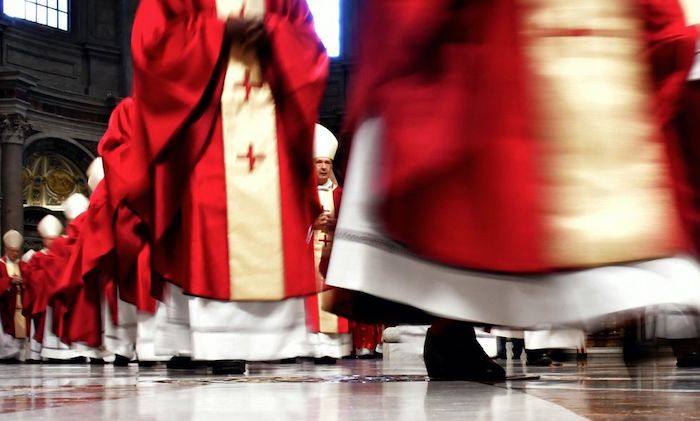 If you think that, once they finish off Roe v. Wade, they’re not going to come for Obergefell, Lawrence, Gideon, and Griswold, I just don’t know what to tell you. Conservatives do not believe that a right to privacy exists anywhere in the Constitution. They say it all the time, and Dick Wolf even got the late Fred Thompson to say it on Law and Order. They believe any decision based on such a right is illegitimate and vulnerable to being overturned. (Both Justice Clarence Thomas and the late Justice Antonin Scalia got snotty in opinions concerning what Scalia called “the so-called right to privacy.” The context for Scalia’s scorn was Lawrence v. Texas, the landmark decision that decriminalized gay sex. Nice guy, Tony.) And, in case you were wondering where all of this might start, take a look at the mischief in the upper peninsula of Michigan. From NBC News:

A Catholic diocese in Michigan has been thrust into the national spotlight after a prominent priest and author shared its guidance on transgender members and those in same-sex relationships on social media this week. The viral guidance, which the Diocese of Marquette issued in July, says such congregants are prohibited from being baptized or receiving Communion unless they have “repented.”…The Roman Catholic Church has long held that being gay isn’t a sin but that being in a gay relationship or having gay sex is. The Vatican also ruled in March that priests can’t bless same-sex unions.

Obviously, this is another example of a wingnut American bishop who isn’t too fond of Papa Francesco. And the official text of the “guidance” reads like it was written in 1957 by a nun who grew up in a cardboard box far from other human beings.

The Sacrament of Matrimony, the marital covenant, is a permanent partnership of one man and one woman ordered to the procreation and education of children and the good of the spouses (c. 1055). Christian spouses are strengthened by the grace of this sacrament to love each other with the love of Jesus Christ. Only in the context of marriage between one man and one woman can sexual intercourse express a love that is permanent, because they have given their whole lives to each other by the promises that they made to each other on their wedding day. Outside of marriage, sexual activity cannot express permanent love.

Tell that to those bishops who kept shuffling child molesters from parish to parish.

I mean, holy orders, Batman. Who thinks like this? Humanae Vitae was chock-full of this kind of anti-human nonsense, and it doesn’t smell any better with age. But these kind of moments are when the fire starts. Pretty soon, it jumps from internal Church politics into the secular politics of the day. There is no lack of wingnut-welfare legal chop-shops willing to fashion lawsuits to gussy up any threadbare argument with the latest style. And, before you know it, your ability to buy birth control through the mail is hanging by a thread. Pour enough holy oil on it and any slope becomes slippery.