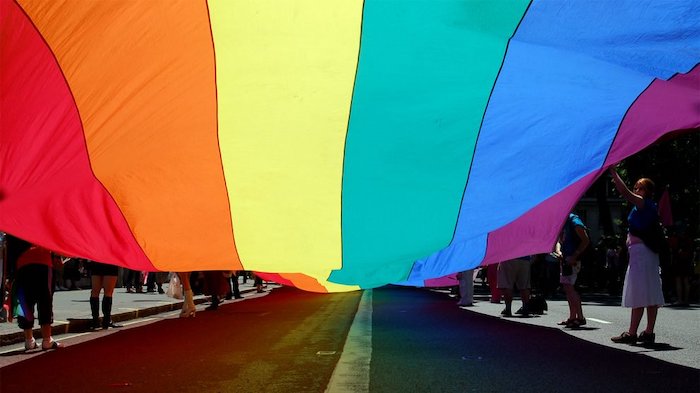 As Catholic leaders from around the world rush to draft a document summarizing their monthlong deliberations on reaching out to young people, they have consistently struggled with what may seem like a simple question: how to refer to gay people.

The issue has come up repeatedly in briefings and interviews with the nearly 270 bishops and cardinals, as well as 72 nonvoting observers – including some 30 young adults – who have been debating a range of issues at this global summit, known as a synod, which is taking place under the aegis of Pope Francis, who wants to see open discussion of difficult topics.

Francis himself sparked the discussion about the church and homosexuality soon after his election in 2013 when he was asked whether gay men could be priests – something his predecessors sought to bar. Francis responded: “If someone is gay and he searches for the Lord and has good will, who am I to judge?”

That last phrase became a virtual meme of this papacy. But just as momentous was the fact that Francis was the first pope, and the rare Catholic leader, to use the term “gay.”

“If the church continues to use antiquated, outdated and overly clinical terms like ‘same-sex attracted’ rather than the name the group uses for itself, the church will simply make dialogue more difficult and make these Catholics feel even less welcome in what is, after all, their church too,” said the Rev. James Martin, a Jesuit priest and author of “Building a Bridge,” a book about how the institutional church and LGBT Catholics can promote a constructive relationship.

“Besides,” Martin added via email, “if Pope Francis can use the word ‘gay’ so can everyone else.”

For the synod, this debate over vocabulary is fraught because conservatives fear that using terms such as gay or LGBT could signal an official approval of homosexuality and could undermine church teaching and the church’s public policy stands against gay marriage, for example.

“There is no such thing as an ‘LGBTQ Catholic’ or a ‘transgender Catholic’ or a ‘heterosexual Catholic,’ as if our sexual appetites defined who we are,” Philadelphia Archbishop Charles Chaput, a U.S. delegate to the synod and a leader of the conservative camp, told the assembly in a speech to the floor earlier this month.

“It follows that ‘LGBTQ’ and similar language should not be used in church documents, because using it suggests that these are real, autonomous groups, and the church simply doesn’t categorize people that way,” he said.

The problem is that the working document that served as the blueprint for discussions in fact used the term LGBT (the acronym stands for lesbian, gay, bisexual and transgender, and it often includes “Q” for queer) because it drew on input from young people and church leaders whose views were solicited by the Vatican over the previous year.

“The youth are talking about it freely and in the language they use, and they are encouraging us, ‘Call us, address us this (way) because this is who we are,’” Cardinal John Ribat, a synod delegate from Papua New Guinea, said at a press briefing on Saturday (Oct. 20).

The inclusion of LGBT in that document triggered anxiety in some quarters. Conservative media outlets have pressed cardinals and bishops at every turn to clarify whether the terms would be included in the final synod document, which is scheduled to be voted on this Saturday.

The spotlight has clearly left many synod fathers, as the cardinals and bishops are called, uncomfortable as they struggle to respond to questions without using terms like “same-sex attracted.”

They know that would alienate not only gays and lesbians but also young people who are increasingly accepting of LGBT people. Using the term “gay” at press briefings and in interviews could also be interpreted as pressuring their more conservative colleagues, who are already irked at what some refer to as a “gay lobby” they say is using the synod as a vehicle to change church teaching on homosexuality.

This dynamic strongly suggests that the final document will not use the terms gay or LGBT because each paragraph must receive a two-thirds approval vote to be included and that does not seem likely if the hot-button words are included.

Instead, bishops appear to be favoring terms such as “inclusive” and “welcoming” to describe a general attitude of openness not only to gays but to everyone. Others are stressing that everyone, gay or straight, is a sinner in need of God’s grace, and all are called to conversion – though what gay people, in particular, have to convert to is not always spelled out.

Even that compromise language, which would essentially leave each bishop free to decide what that means in his diocese when it comes to LGBT people, might not please conservatives. And just throwing out a broad-based “welcome” mat may not please gay advocates, either.

“Francis said ‘welcome’ five years ago. The synod is supposed to be a time of discussion, to move things forward. I think we have to move forward from welcome. The fact they are using that term is not bad, it’s just not specific enough,” said Francis DeBernardo, executive director of New Ways Ministry, which advocates for LGBT Catholics.

“What are you going to do with LGBT people after you welcome them?” added DeBernardo, who is in Rome for the month reporting on the synod and the approach to LGBT issues. He noted that gay Catholics continue to face discrimination — a church worker in San Diego resigned last week after months of abuse — and others are routinely fired when bishops or church leaders discover they are gay.

DeBernardo did feel the fact that the synod was trying to discuss the issue openly was a positive development.

Previous popes, he said, “painted themselves into such a corner on LGBT issues.”

“I think Francis and meetings like this are at least allowing them a way out of that corner,” he said. “It’s the first step out of that corner. But it can’t be the last step because it’s not answering the problem.”