On March 13, Pope Francis will complete his first five years as head of the Roman Catholic Church. Since his election, Pope Francis has engaged the estimated 1.2 billion Catholics and innumerable non-Catholics worldwide with his frank, inclusive talk on issues as diverse as poverty and homosexuality. In fact, many observers seem confused by the church’s apparent willingness to reconsider traditions regarding some contentious issues, such as divorce.

However, Francis has drawn the line at extending full priesthood to women. Devout Catholics have spoken out boldly on both sides of this issue. But, that door, Francis has repeatedly said, “is closed.”

As a scholar specializing in both the history of the Catholic Church and gender studies, I believe Francis’ refusal comes from his unwillingness to challenge a foundational Catholic doctrine known as “apostolic succession.”

The Catholic Church has historically been unwilling to violate this doctrine.

Development of the priesthood

Based on the Gospels of Mark and Luke, it is apostolic succession that specifies how the Catholic Church acquired its authority and its ability to save souls. God gave the power of salvation – to “bind and loose” souls – to Christ who shared it with 12 male apostles. When the apostles chose their successors, the first bishops, they passed the power of salvation to those bishops through the sacrament of ordination. Through ordination, bishops have endowed priests with God’s authority up to the present day.

The origins of apostolic succession can be traced to the first centuries A.D. – a time when Christianity was illegal. Jesus had left his followers with no obvious blueprint for any type of formal church or priesthood. Christians were, thus, free to worship in their own ways, trying not to get caught.

This troubled Christian leaders such as Clement, a first-century bishop of Rome, and Irenaeus, a second-century bishop of Lyon. They believed it unlikely that such a diversity of practices could lead to heaven. Jesus, they wrote, must have left one true path to salvation. In the absence of clear direction, they traced this one path through the apostles and their recognized successors, the bishops.

This became a pivotal development in early attempts to organize a uniform Christian “church,” creating a formal clergy. Only ordained priests were authorized to celebrate the sacraments, a key source of God’s grace.

Anyone, for example, could pronounce ritualistic words over bread and wine, but unless that individual had been given the authority of the apostles through ordination, that bread and wine would remain mere bread and wine. There was no true sacrament, no saving grace. Such unauthorized persons, Irenaeus charged, were thieves, stealing the chance of salvation from the Christians they duped.

A matter of divine will

Approximately when and under what circumstances certain disciples were designated as the only “apostles,” numbered as 12, and selected as all male is a subject of much historical and theological debate. The church’s justifications for excluding women from apostolic succession have varied over centuries.

Before the 20th century, explanations for refusing women a place in the hierarchy of apostolic succession ranged from women’s inherent sinfulness to their divinely created inferiority to man.

Although the church no longer supports such reasoning, it does still exclude women from the priesthood by virtue of their sex. In its 1976 declaration, “Inter Insigniores,” the church proclaimed its loyalty to the model left by Christ to his followers – in other words, apostolic succession.

Since Christ was incarnated as male and all 12 original apostles were male, the church declared that God meant for males alone to exercise the priesthood. The church, in other words, does not consider the extension of ordination to women to be an issue of human rights but one of fulfilling the divine will, with which there can be no compromise nor accommodation.

Many devout Catholics, even priests, disagree. Women’s Ordination Conference and Women’s Ordination Worldwide, two of the largest global organizations advocating for women’s ordination, count clerics, monks and nuns among supporters of their cause. As Benedictine nun Joan Chittister charged,

“The Church that preaches the equality of women but does nothing to demonstrate it within its own structures … is … dangerously close to repeating the theological errors that underlay centuries of Church-sanctioned slavery.”

These Catholics allege the refusal to ordain women is not God’s intent, and neither scripturally justified nor the original practice of the church.

These modern change-makers point to a body of credible scriptural, archaeological and historical evidence that women served as priests, deaconesses and even bishops alongside Jesus and during the first centuries of Christianity. Indeed, reputable evidence exists that it took centuries for male clerics to gradually exclude women from these positions.

This evidence suggests it could actually be a return to tradition to welcome women to the priesthood. The fact is that the church has changed its position on women and church roles in the past, such as when, in 1900, the church reversed its 600-year old mandate that nuns live and worship isolated behind convent walls. This freedom made new and diverse forms of religious life and service possible for women. The church could alter its position on women again, critics argue. As Roy Bourgeois, a priest defrocked for his support of women’s ordination, maintained, “There’s always the opportunity to change.”

What the pope can do

Yet the field on which such battles are fought is far from level, and those on the side of apostolic succession have the upper hand. 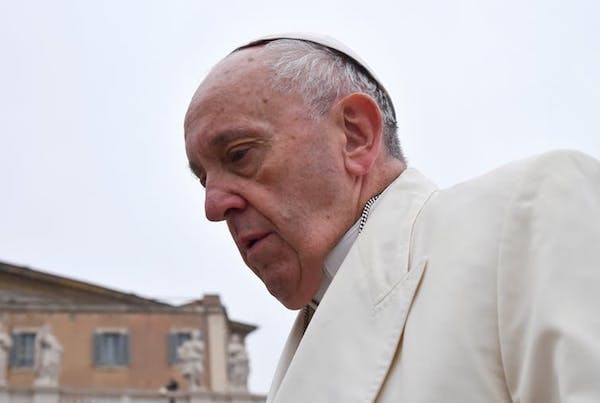 Although Francis is unlikely to allow women into the priesthood, it is within reason that he could lead in ordaining women to become deacons, as this would not necessarily violate apostolic succession. Deacons – along with bishops and priests – are one of the three ordained “orders” of ministers in the Catholic Church. Deacons are not priests, but they may preach, teach and lead in prayer and works of mercy.

The diaconate is often a stage on the road to ordination to the priesthood for men. During the Vatican’s Synod on the Family in 2015, Canadian Archbishop Paul-Andre Durocher of Quebec encouraged his colleagues to expand women’s opportunities for leadership, including ordination to the diaconate, “to clearly show the world the equal dignity of women and men in the Church.”

Pope Benedict XVI suggested this almost a decade ago. Durocher, like Benedict, was careful to clarify that deacons are directed “non ad sacerdotium, sed ad ministerium,” meaning “not to priesthood, but to ministry.” While Francis has been firm in protecting doctrines such as apostolic succession, this is a move he could legitimately make. 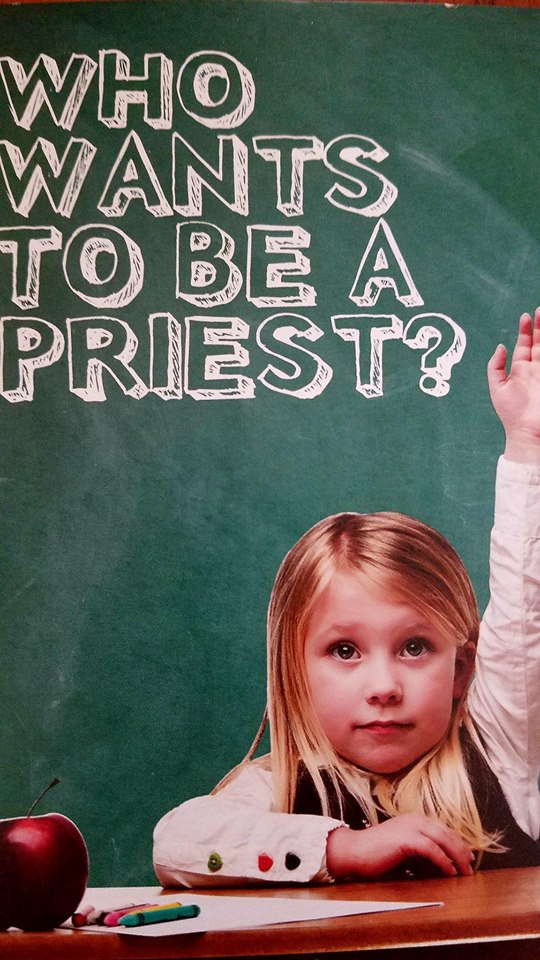