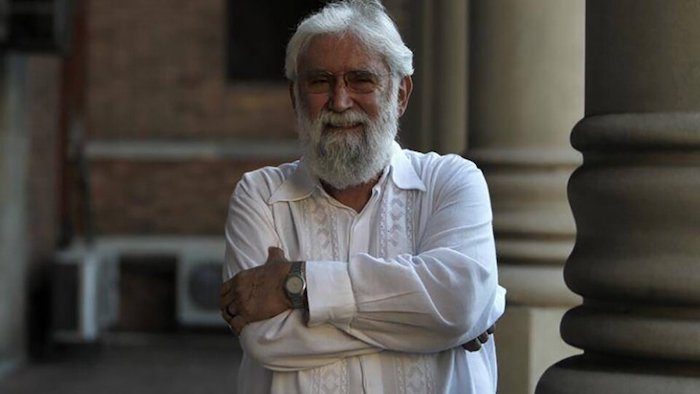 Brazilian theologian Leonardo Boff, one of the greatest exponents of Latin American liberation theology along with Peru’s Gustavo Gutierrez, spoke in favor of the priestly ordination of women in the Catholic Church and argued in an article published on the site. digital religion what “There is no doctrinal or dogmatic barrier that prevents women from reaching the priesthood.” In 1994 and in the face of debate raised in the Church on the subject, the then Pope John Paul II spoke about it in an apostolic letter entitled “On the ordination of priesthood reserved for men”. on that occasion Karol Wojtyla explicitly states that “by virtue of his ministry of affirming the faith of the brethren, to remove any doubt as to a matter of great importance, which pertains to the very divine constitution of the Church (cf. Lk 22, 32), I declare that The Church in no way has the power to confer priestly ordination on women“And ruled that”This opinion should be considered definitive by all believers in the Church. Formally closing all discussions on the matter. Both Benedict XVI and Francis, his successor in the papacy, also took this view, despite the debate over the ordination of women to Catholic priesthood is still open both at the religious level and within the congregation. Other religious traditions, including Christian churches, ordained women to practice ministerial priesthood.

Leonardo Boff has always been a standard bearer in favor of a greater role for women in the Catholic Church. Now, faced with the designation by Francis of three women who would unify the episcopal (ministerial) for bishops, to propose the names of candidates for bishops to the Pope, Boff wrote that it was about “A Big Step, But Only the First”” and added that “just a small door was opened for Christian women to be able to participate in all professions and services for God’s people”.

The 83-year-old theologian published a book called “Church, Charisma and Power” in 1981, which made him the target of Vatican attacks and, given his status as a Franciscan priest and professor of theology, called for “silencing” him. to be ordered. and suspended the “one divine” by Pope John Paul II. Although the sanction that barred him from teaching and serving in public was later lifted, Boff renounced the priesthood in the church in 1992, but continued with his religious preaching and his activities involving theology and protecting the environment.

Following the election of Jorge Bergoglio as the supreme authority of the Catholic Church The relationship between Boff and Francisco has been extremely fluid. And Brazilians have been heard many times praising the pontiff’s work and his pronouncements on life, church and society.

,We are in favor of the priesthood of women in the Roman Catholic Church, selected and drawn from communities of faith,” Boff now wrote. And he added that “it is up to them (women) to give it a specific configuration, which is different from that of men.”

In his argument, the theologian states that “First of all, it must be affirmed that the feminine dimension is not exclusive to women, for both man and woman are, in their own ways, the carriers of the masculine and the feminine. This Nazareth K is also true for Jesus, being fully human he is completely divine.

It also states that the Church of Life and the Magisterium is “not a pit of dead water” and, as a result, “is revived by experiencing the irreversible changes of history”. No matter how the Catholic tradition has so far manifested the opposite.

And just as “the equality of women in respect and rights with men is more and more attested all over the world” it is understandable that “it is not easy to eliminate centuries of patriarchy which means reducing women and marginalized”, maintains Boff. To add that “discrimination is slowly and steadily being removed and in some cases even punished” and that “in practice, all public places and the most diverse functions are open to women.”

according to brazilian The Catholic Church was “held hostage to a secular patriarchal culture, but it cannot become a bastion of conservatism and anti-feminism” in a world that leads to the prosperity of relations between men and women”. However, he believes that “Pope Francis has the ability to raise questions relevant to today’s world, such as the question of marital morality or homosexuality and Dealing with other minorities.”

To give greater importance to his statement, Boff recalls that “careful examination of high-level theologians such as Karl Rahner has revealed that there is no doctrinal or dogmatic barrier that precludes women’s access to the priesthood.”

Among other considerations, Boff states that “if a woman, Mary, was able to give birth to her son Jesus, how could she not represent him sacredly in the community? There is a clear contradiction here, which can only be understood in the context of the patriarchal, sexist church, which is made up of celibates in the leadership and animation body of the faith.,

And he predicts that “the time will come when the Roman Catholic Church will adjust to the path of the global feminist movement, along with other Christian churches that have women as priests and even bishops, and with the world.” , towards unification. ‘animus’ and ‘anima’ for human enrichment and for a more integral Christian experience and ultimately for the benefit of the Church”.