The Catholic Church is losing followers at record rates. Announcing that it will not bless same-sex unions could be a worse move than the Pope and his compatriots realize 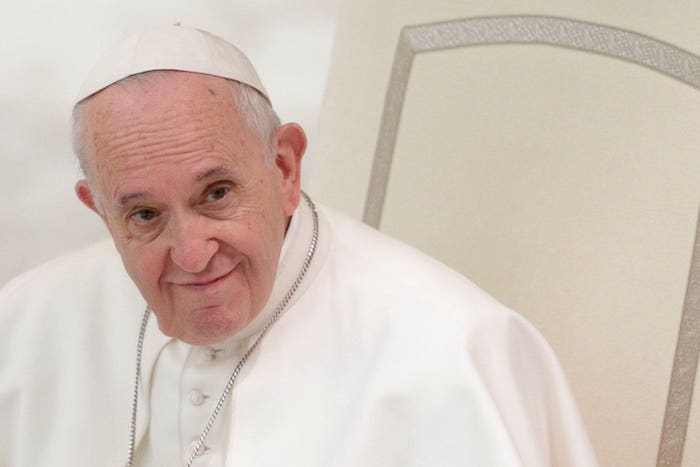 “Who here isn’t sure if they believe in God?” I tentatively raised my skinny seventh-grader hand with bitten-down nails and chipped pink and blue polish; the entire class held their breath. I was apparently alone in my apostasy.

I had just turned twelve years old and was the new girl at a posh Catholic school in a suburb of Denver, Colorado. I was immediately summoned into daily, extracurricular religion classes by the school’s deacon where secondary school authorities attempted to replace my radical notions about religion. You see, I was baptized Catholic, but my family was very progressive – I had been taught that there was something bigger than me but not to be too judgey about what, or who, that bigger-than-me entity was.

Later in life, I went on to DePaul University, a wonderful Jesuit school, where I took classes on Catholic social justice and met followers of all colors of the LGBTIQ+ rainbow. I was always amazed at their unquestioning faith; mine had faded long before. For me, Christianity and all its sexual abuse demons, dogma and misogyny gradually went from questionable to unappealing to utterly nauseating. As an increasingly radical progressive, I felt like Catholicism was no longer compatible with what I stood for or who I was.

So it came as no surprise when I woke up to the news today that the world’s beloved “progressive” Pope approved an announcement from the Vatican that Catholic priests could not, in fact, sanctify the unions of same-sex couples because they are “not ordered to the Creator’s plan”. God “cannot bless sin,” the Pope and his compatriots in the Vatican had decided, adding that gay sex is “intrinsically disordered”.

This pronouncement is of course disappointing, but not surprising. The Pope is restrained by an archaic institution that is patriarchal, regressive and indisputably abusive. He himself is not the forward-thinking, open-minded, enlightened leader people hoped him to be. He never was going to be able to push such reforms within the framework of the Catholic Church, no matter what his personal views might be (and which we will likely never know).

Sure, the Pope wants gay Catholics to continue to attend church, as more and more followers consider leaving after child sex abuse horror stories and Vatican coverups continue to be surface. According to the Catholic News Agency, in Germany, one in three Catholics is considering leaving. The same goes for US Catholics. And it’s true that Pope Francis encouraged same-sex civil union laws, which was as far as he could possibly go to keep progressives coming to Mass. But endorsing the church-blessed sacrament of marriage for their unions? That was never going to happen.

Don’t forget that back in 2011, Francis said women could read at the altar, but could never become priests. Catholics and non-Catholics alike lauded the Pope for this change when they shouldn’t have. Like when women were granted the right to vote under the 19th Amendment but weren’t able to have a credit card in their name until the 1974 Equal Credit Opportunity Act, it was more about optics than anything materially life-changing.

Even more outrageous: It wasn’t until 2020 that the Vatican finally overhauled its pontifical secrecy laws that allowed the institution to evade reporting cases of sexual abuse to authorities.

The papacy and the patriarchy are outdated institutions that have caused more harm than good. And today, the Pope has proved that no member of their congregation with progressive views can truly feel they belong.