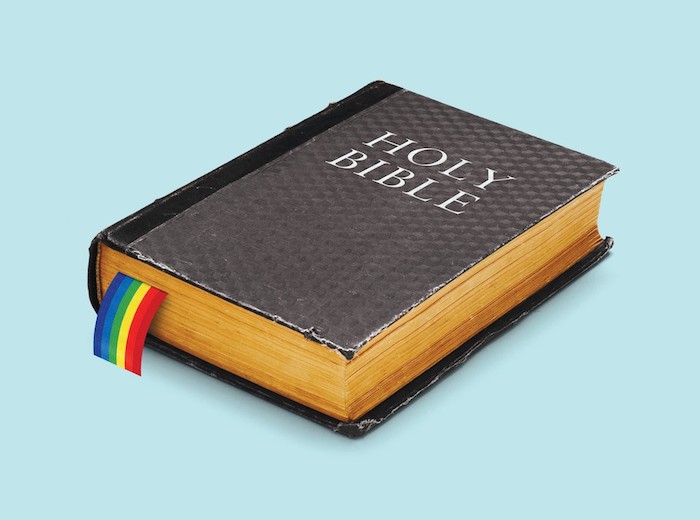 No text has had a greater influence on attitudes toward gay people than the biblical book of Leviticus, which prohibits sex between men. Before Leviticus was composed, outright prohibitions against homosexual sex — whether between men or women — were practically unheard-of in the ancient world.

Chapter 18 of Leviticus contains a list of forbidden incestuous acts, followed by prohibitions against sex with a menstruating woman, bestiality and various other sexual acts. In Verse 22, we find its most famous injunction: “You shall not lie with a male as with a woman; it is an abomination.” (Leviticus 20:13 repeats this law, along with a punishment for those who violate it: “They shall be put to death; their blood is upon them.”)

Like many ancient texts, Leviticus was created gradually over a long period and includes the words of more than one writer. Many scholars believe that the section in which Leviticus 18 appears was added by a comparatively late editor, perhaps one who worked more than a century after the oldest material in the book was composed. An earlier edition of Leviticus, then, may have been silent on the matter of sex between men.

But I think a stronger claim is warranted. As I argue in an articlepublished in the latest issue of the journal Hebrew Bible and Ancient Israel, there is good evidence that an earlier version of the laws in Leviticus 18 permitted sex between men. In addition to having the prohibition against same-sex relations added to it, the earlier text, I believe, was revised in an attempt to obscure any implication that same-sex relations had once been permissible.

The chapter’s original character, however, can be uncovered with a little detective work.

The core of Leviticus 18 is the list of incest laws, each of which includes the memorable phrase “uncover nakedness.” This is typically understood as a euphemism for sexual intercourse, so “you shall not uncover the nakedness of your father’s sister” would mean something like “do not have sex with your father’s sister.”

Most of the incest laws are presented in a straightforward manner, but two are not. The first exception is: “The nakedness of your father and the nakedness of your mother you shall not uncover; she is your mother, you shall not uncover her nakedness” (emphasis mine). At first, this verse appears to outlaw sex between a man and either of his parents. However, the italicized explanation, or gloss, suggests that the law actually addresses only one parent: the mother. It is difficult to reconcile the two parts of this sentence.

The same thing happens again a few verses later: “You shall not uncover the nakedness of your father’s brother.” Simple enough, right? The following gloss, however, may give you whiplash: “you shall not approach his wife, she is your aunt.” By the time we’ve finished reading the gloss, a prohibition against intercourse between a man and his paternal uncle has transformed into a law about sex between a man and that uncle’s wife.

Each verse in Leviticus 18’s series of incest laws contains a similar gloss, but the others are merely emphatic, driving home the point. (For example, “You shall not uncover the nakedness of your daughter-in-law; she is your son’s wife, you shall not uncover her nakedness.”) Only in these two cases — the father and mother, and the father’s brother — do the glosses alter our understanding of what is prohibited. A law prohibiting sex with one’s father fades away, and a law against sex with one’s uncle is reinterpreted as a ban on sex with one’s aunt.

What we have here is strong evidence of editorial intervention.

It is worth noting that these new glosses render the idiom “uncover nakedness” incoherent. The phrase can no longer denote sex if uncovering the nakedness of one’s father is an act that also involves one’s mother — as the gloss implies.

But more strikingly, the two exceptional verses are the only ones that address incest between men — all the others involve women. Once the new glosses were added to the text, the prohibitions in Leviticus against incest no longer outlawed any same-sex couplings; only heterosexual pairs were forbidden.

If a later editor of Leviticus opposed homosexual intercourse, you might wonder, wouldn’t it have made more sense for him (and it was probably a him) to leave the original bans on homosexual incest intact?

No. The key to understanding this editorial decision is the concept of “the exception proves the rule.” According to this principle, the presence of an exception indicates the existence of a broader rule. For example, a sign declaring an office to be closed on Sundays suggests that the office is open on all other days of the week.

Now, apply this principle to Leviticus 18: A law declaring that homosexual incest is prohibited could reasonably be taken to indicate that non-incestuous homosexual intercourse is permitted.

A lawmaker is unlikely to specify that murdering one’s father is against the law if there is already a blanket injunction against murder. By the same token, it’s not necessary to stipulate that sex between two specific men is forbidden if a categorical prohibition against sex between men is already on the books.

It seems that with the later introduction in Leviticus of a law banning all male homosexual intercourse, it became expedient to bring the earlier material up-to-date by doing away with two now-superfluous injunctions against homosexual incest — injunctions that made sense when sex between men was otherwise allowed.
This editor’s decision to neutralize old laws by writing new glosses, instead of deleting the laws altogether, is serendipitous: He left behind just enough clues for his handiwork to be perceptible.

One can only imagine how different the history of civilization might have been had the earlier version of Leviticus 18’s laws entered the biblical canon.