Juan Carlos Cruz, who was sexually abused, says pontiff told him God did not mind that he was gay 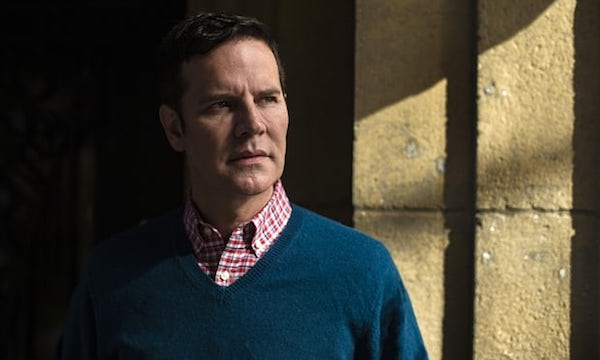 A survivor of clerical sexual abuse has said Pope Francis told him that God had made him gay and loved him, in arguably the most strikingly accepting comments about homosexuality to be uttered by the leader of the Roman Catholic church.

Juan Carlos Cruz, who spoke privately with the pope two weeks ago about the abuse he suffered at the hands of one of Chile’s most notorious paedophiles, said the issue of his sexuality had arisen because some of the Latin American country’s bishops had sought to depict him as a pervert as they accused him of lying about the abuse.

Now 87, Fernando Karadima, the man who abused Cruz, was found guilty of abuse by the Vatican in 2011.

Greg Burke, the Vatican’s chief spokesman, did not respond to questions about whether Cruz’s statement accurately reflected his conversation with the pope.

It is not the first time it has been suggested Francis has an open and tolerant attitude toward homosexuality, despite the Catholic church’s teaching that gay sex – and all sex outside of heterosexual marriage – is a sin. In July 2013, in response to a reporter’s question about the existence of an alleged “gay lobby” within the Vatican, Francis said: “Who am I to judge?”

The new remarks appear to go much further in embracing homosexuality as a sexual orientation that is designed and bestowed by God. It suggests that Francis does not believe that individuals choose to be gay or lesbian, as some religious conservatives argue.

Austen Ivereigh, who has written a biography of the pope, said Francis had likely made similar comments in private in the past, when he served as a spiritual director to gay people in Buenos Aires, but that Cruz’s public discussion of his conversation with Francis represented the most “forceful” remarks on the subject since 2013.

It did not, however, represent a shift in church teaching, Ivereigh said, since the church had never formally made any pronouncements on why individuals were gay.

Christopher Lamb, the Vatican correspondent for the Tablet, said the comments were remarkable and a sign of a shift in attitudes taking place. “It goes beyond ‘who am I to judge?’ to ‘you are loved by God,’” said Lamb. “I don’t think he has changed church teaching but he’s demonstrating an affirmation of gay Catholics, something that has been missing over the years in Rome.”

The remarks come as several high profile members of the clergy have sought to publicly make inroads with gay Catholics, many of whom have felt shunned and unwelcome in the church and have been ostracised.

Father James Martin, a Jesuit priest in New York who has nearly 200,000 Twitter followers, has led the outreach effort and was chosen last month to serve as a consultor to the Vatican’s secretariat for communications.

Martin has argued in his book Building a Bridge that the onus is on the church to make LGBT Catholics feel welcome in the church and to stop discriminating against people based on their “sexual morality”.