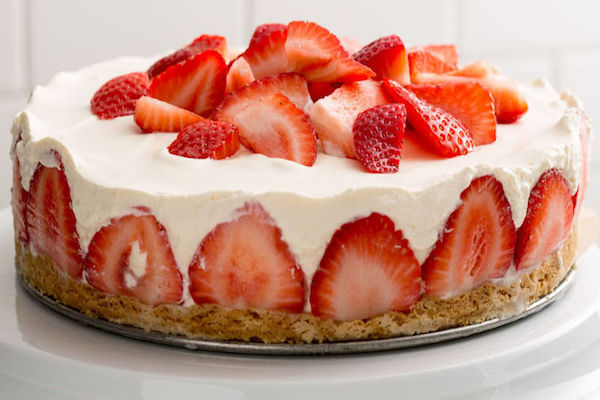 As we inch toward Christmas, it’s no surprise to hear that Americans are miserable. Any amount of time spent in line at a Target as the holiday approaches will swiftly reveal that we’re a mess. Not only has our happiness been steadily declining since the 1970s, we feel more physical pain than citizens of other nations. Seventy-two percent of Americans are dissatisfied with the direction our country is going in, and between anxiety disorders, depression, social phobias, OCD and PTSD, millions of Americans navigate every day in a sea of mental illness.

On top of this, women in America are alternating between relief at the outing of sexual harassers in the #MeToo movement, rage at the patriarchal thinking that enabled the problem in the first place, and worry about the inevitable backlash. And American religious institutions have their own miserable reckonings to contend with. When Boston’s Cardinal Law died this week, victims of clergy abuse expressed both relief that one of its greatest enablers was no longer a danger, and frustration that his funeral, like that of every other Cardinal, would still be held in St. Peter’s Basilica, and that during the funeral, Pope Francis would deliver a blessing.

In this epoch of unhappiness, Pope Francis has delivered unto us a new book. Happiness in this Life, a series of snippets from his public addresses, is not the in-depth sort of theological tome he’s written along the lines of his exhortation on the family, Amoris Laetitia, or his encyclical on the environment, Laudauto Si. Instead, it’s the kind of book readers can pick up at random and pull bits and pieces from. Divided into subsections with titles like “Your Search For a Meaningful Life” and “They Who Pray Live Serenely,” this is Francis in pastoral mode rather than theological mode.

For American readers, however, the question of whether we even know how to be happy remains. And books like this also beg the question of whether or not religion can make us happy in the first place. Gen Xers like myself have increasingly turned away from institutional religions like Catholicism, Mainline Protestantism, and evangelical churches, and the Millennial and post-Millennial cohorts have done the same thing at even higher rates.

The often-quoted Pew survey on Nones from 2012 revealed that people who leave religion behind do so because American religion is “too concerned with rules” and “too tied up in politics.” Politics, and the rules of politics, have especially made us miserable lately, and our obsessive scrolling through news feeds and social media to keep up with the latest political disasters isn’t making us feel any better. Twitter use is correlated with greater rates of anxiety, and Facebook contributes to depressive mind states.

So what does the Pope tell us to do in order to be happier? Mostly, it involves praying more. To be fair, Francis’ emphasis on the marginalized comes through even in his ideas about happiness. Of the Beatitudes, which tell us the most blessed are those who suffer most, Francis says that these sayings of Jesus “are a new and revolutionary model of happiness that contradicts what is usually communicated by the media and prevailing wisdom.” For Americans trapped in a capitalist cycle of thoughtless consumerism, Francis offers some advice. “According to this worldly logic, those whom Jesus proclaimed blessed are regarded as useless, as ‘losers.’ On the other hand, success at any cost is glorified, as are creature comforts, the arrogance of power, and self-absorption.”

Francis, never shy about his critiques of capitalism, also writes that our suffering might be bound up in our notions of what liberation really means. “In our existential journey,” he writes, “there is a tendency to resist liberation; we are afraid of freedom and, paradoxically, we unconsciously prefer slavery.” In his Christian world view, this is bound up in notions about this life versus the “world without end” referenced in the Catholic Doxology. “Slavery, on the other hand, reduces time to a single moment: It severs each moment from both the past and the future, and that makes us feel safer. In other words,” he adds, “slavery prevents us from truly and fully living in the present, because it makes our past empty and cuts off our future, separates us from eternity.”

But a great deal of this book is about relationships. Joy, the pope tells us, doesn’t come from material possessions but from “encounter,” a word he often uses to talk about what the church should be doing. His Jesuit background means that Francis has both spent much of his life living in community, and that he comes from a religious order with a strong missionary background, one that goes “to the margins,” as he often repeats. But this book is not cut and pasted from his addresses to his fellow Jesuits; rather, most of these talks were given at events like World Youth Day or meetings on family life.

Francis, single and celibate, has a lot of advice for families. Marriage, for example, “is a way to experience faith in God, mutual trust, profound freedom, and even holiness.” The family of Jesus is there to “help us rediscover the mission and purpose of family.” None of this is earth-shattering advice, and in a country like America with such high divorce rates on the one hand and increasing numbers of people in interfaith and same-gender marriages on the other, very few of the families around us look a Christmas crèche.

Strawberries on a theological cake

Francis devotes an entire chapter to “The Blessings and Challenges of Womanhood.” His statement that “the role of women in the Church is more than maternal, more than being the mother of a family,” gets us off to a good start, but the repeated emphasis on John Paul II’s notion of a “feminine genius” is where the trouble begins. How can a woman be happy when her worth is reduced to her “feminine” qualities?

Women have a “special attention” that we “bestow on others” often “expressed in maternity.” “A woman who cares for every aspect of her family life,” Francis says, “is making an incomparable contribution to the future of our society,” but women are also “weary and nearly crushed by the volume of their many duties and tasks.” History, he says “is rife with an excess of patriarchal cultures,” yet in the same sentence he condemns the use of surrogate mothers. And there is a danger, according to the pope, that women who are emancipated “ignore the precious feminine traits that characterize womanhood.”

Complementarianism is often given props in Francis’ talks on the role of women in both the church and family. Men and women are “made very differently,” and therefore, we should beware of “machismo in a skirt.” And women should “try not to be angry” because it’s been proven that we are the “champions,” not men. What would solve the problem of women’s oppression would be a “profound theology of women,” but just a year ago, Francis reiterated that the door to women’s ordination remains closed. So is this profound theology of women therefore supposed to come from men?

A friend jokingly referred to this chapter of the book as “Popesplaining,” but in any patriarchal institution, the silencing and disempowering of women goes beyond rape and physical sexual harassment and into women being interrupted, treated contemptibly, or iced out of decision-making processes. Women in Argentina, Francis’ home country, have condemned its culture of machismo, which they say is connected to a rise in everything from street harassment to domestic violence to women being set on fire, chopped up, and shoved into garbage bags. Argentinian feminists even have a word for this continuum of male violence against women. They refer to it as femicido, or femicide.

Complementarianism has also infected the American Catholic church, and it can be witnessed in the American bishops’ recent letter “Created Male and Female,” which tells parents of transgender kids that they should not “sow confusion and doubt” by allowing their trans kids to take hormones in order to “uphold the truth of a person’s identity as male or female.” And complementarianism in American Catholicism may have its patron saint in Paul Ryan, who says that the solution to a robust American economy is simply for women to have more babies, and even went so far as to mansplain Catholic social teaching to a nun.

Many American Catholics can’t forget either that American Catholic orders of religious investigated for “radical feminist themes” just a few years ago were all women’s orders, nor can we forget that the most prominent American theologians censured by the Vatican have also been women. Yes, those investigations took place under the previous pope, but the root causes behind them—a fear and suspicion of women—remain seemingly intractably in place.

Many American Catholic women are very often unhappy. This past summer, I attended a conference on Catholic writing at the University of Notre Dame. The speaker list was full of women and the panels were full of women, many of them remarkably gifted writers with armloads of literary prizes. At the opening Mass for the conference, a visiting male bishop led the service, assisted by four male Holy Cross priests, two male altar servers, a male cantor and several male lectors. The optics, as we like to say, were not great.

But that is the church we belong to, and until we make the same decision many of our fellow Catholics have, shake the dust off, and depart, we will remain sitting unhappily in those pews in our unhappy parishes listening to unhappy homilies from unhappy priests. And like each of us standing in line at Target burdened by the amount of shit we buy in order to find happiness, we make a choice to stand in that line, and we make a choice to show up at church.

We choose our unhappiness. But in its decision to exclude women from serving as priests and in its insistence that, at best, women can be “strawberries” on a theological cake, the Catholic church also chooses unhappiness for us. And that is something no pope, no matter how happy he might be, seems to be willing to change.