In light of the proposed Catholic Synod in 2020, there is an issue that, if not included, may prove to be a fatal flaw for the current church hierarchy. 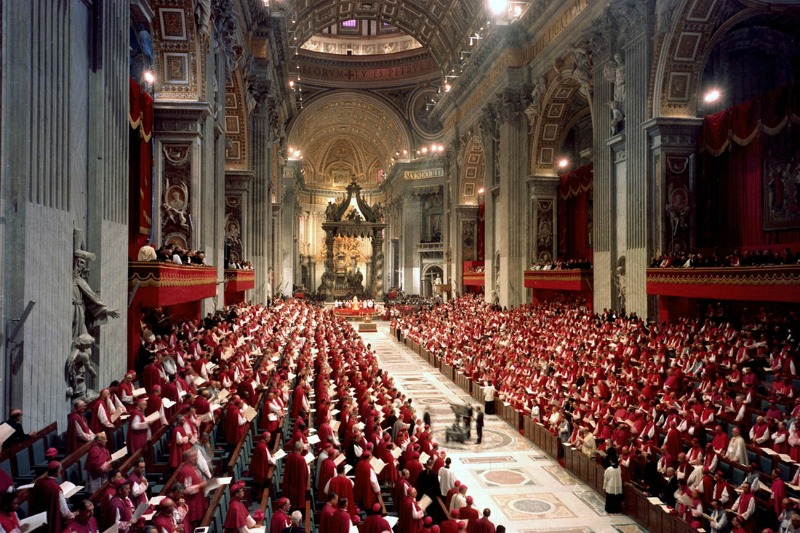 As distasteful as it may be, having now been dragged through the public square of the royal commission, unless the Synod faces up to another plank in the Church’s own eye, that of clergy sexual activity and misconduct involving adults, its hopes may well be dashed before they are even discussed.

Such sexual activity may be perceived in many ways. While it may be seen as a deeply human and spiritual expression of love between a celibate and an understanding other, it has also been described and experienced as ‘mistakes’ or ‘experiments’ on the journey to celibacy; the repercussions of mandatory celibacy; professional sexual misconduct; sexual/indecent assault; or simply spiritual and power abuse.

Regardless of how it is perceived, sexual activity between clergy and adults happens, and must be addressed. Not only does it happen, but research has shown ‘clerics are more likely to engage in sexual misconduct with adults than minors’.

One reason Catholics found the reality of child sexual abuse a difficult pill to swallow was that for decades its reality was kept secret to avoid scandal. Canonical prohibitions, cover-ups, media boycott threats, and even inter-cleric blackmail ensured the public never heard of clergy sexual activity in any form.

Furthermore, such discussion was taboo. But then came the sexual revolution and Vatican II, not to mention a less ‘frightened’ media.

In 1992, psychologist to clergy, Sheila Murphy, wrote a little known book titled A Delicate Dance: Sexuality, Celibacy and Relationships Among Catholic Clergy and Religious. The introduction was written by Donald Goergen of The Sexual Celibate fame.

“The sexual revolution and Vatican II was a release from ‘parental control’ resulting, for many, in the sudden emergence of full-blown psychological adolescence with all its risk taking, uninhibited experimentation and lack of a fully developed sense of responsibility.”

One of the conclusions Murphy reached from the stories of her 236 female and 97 male clergy/religious participants was that the sexual revolution of the 60s, along with the ‘window opening’ of Vatican II, played a part in an increase of clergy sexual activity with adults, resulting in spikes of such activity in the 70s and 80s.

The sexual revolution and Vatican II was a release from ‘parental control’ resulting, for many, in the sudden emergence of full-blown psychological adolescence with all its risk taking, uninhibited experimentation and lack of a fully developed sense of responsibility. As a result, of those who did not leave the clerical life, many without developed internalised scaffolding either slid into such adolescent liberalism or, collapsing under new adult demands of freedom, retreated into reactionary conservatism. Others grew up and adopted new ways of being ‘celibate’. Clergy sexual misconduct is found in all three groups. Furthermore, most victims of this misconduct are still living today, but remain unacknowledged; and most have never spoken up about their experiences.

Every graph portraying clergy sexual abuse of children shows a spike in the 70s and 80s. This spike is to be expected given time spans of research, the age of victims, and the new openness towards reporting. My own study of clergy adult abuse, however, showed the same spiking.

While much more research is needed, and while acknowledging the reality of severe under-reporting, I suspect that the spike in my study is related to the sexual revolution and Vatican II reforms, as Murphy suggests. To simply dismiss this possibility out of fear of being perceived as conservative or lacking in compassion militates against a possible fuller understanding of this whole issue.

One cannot simply ignore the reality that in this period, society, including the Church, underwent a sexual ‘diaspora’ from centuries of centralist control and policing. A severe pendulum-swing away from previous restrictions could only be expected and many clergy fully participated in that swing. But what did we swing into?

According to the gospel of sexual revolutionaries, writes Murphy, ‘freedom from sexual hang-ups was the answer to all society’s ills … good sex would lead to instant intimacy; good sex would alleviate loneliness; good sex would eliminate interpersonal tensions’. How could this new social psychology, supported by such secular saints of sexual liberty as Kinsey, Masters and Johnston, and Hite, not be attractive to many clergy who had lived under the repressions of Victorian and Vatican sexuality?

The issue is that even though the revolution was needed, many forever-adolescent clergy at the time fell also into the outstretched arms of the emotional promises of sexual promiscuity, laced strongly with sexualised spirituality, or spiritualised sexuality, propelled by a ‘love and then do as you please’ mantra, because, after all, ‘God is love’. Sadly, according to victims/survivors of clergy sexual misconduct, this new unintegrated liberal mantra too often also became the major ‘pickup’ line that many a misconducting cleric used for grooming, or as a way of justifying their experimenting.

What the Church and almost everyone has up to this point ignored is that for every sexually active cleric there was and is another person involved. These real women and men have been, too often, cast aside as collateral damage; as ‘mistakes’ or ‘experiments’ of clergy on their journey to, or indeed, rejection of celibacy; their versions of what occurred rarely, if ever, validated or included in the discussion.

Now that the bishops have been forced by royal commissions and media exposure to deal with the reality of clergy child abuse, they can not ignore that of adult abuse. Unless the Church — its hierarchy, clergy and religious, conservative and liberal, gay and straight, and what’s left of the laity — spends some effort now to remove the plank from its own collective eye, any attempt of the 2020 synod ‘to stop the drift, revive hope and set a vision‘ is going to be ignored.