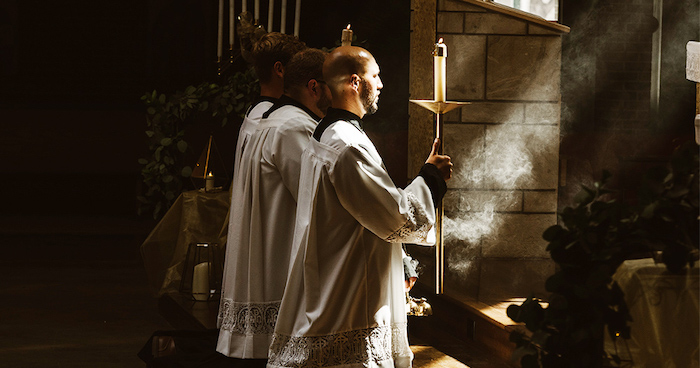 Declan Henry’s new book, Forbidden Fruit, speaks to gay priests about the hypocrisy and homophobia of the Catholic Church. It also looks at the issues, which he writes, have led to the crumbling of a once-mighty institution. Declan speaks about the creation of the book, the high percentage of gay priests in the Church and how he, as a gay man and a Catholic, has managed to reconcile his faith.

What was the impetus for writing your book?

“I wanted to explore the changing face of Catholicism in Ireland over the past 30 years post the cleric abuse scandals. I want to find out why the Church has never adequately addressed the reasons why paedophilia occurred among priests – and question if this malaise is still present – and why. I wanted to explore the hypocrisy of the church towards gay people – given that such a high percentage of Catholic priests are gay. I also wanted to explore compulsory celibacy and question if it is emotionally healthy to expect any man – gay or straight – to live a life devoid of intimate personal relationships and sex.”

Did your research surprise you?

“I met two very different – yet both happy priests during my research. One was an openly gay (celibate) priest in Dublin who is much loved and respected by his parishioners for being so honest. The other was a married priest in London (converted from the Anglican Church many years ago). It was so refreshing to be shown around his church and to be introduced to his wife and children. This clearly showed two things – a) that there is absolutely nothing wrong with being gay and a priest… b) being a married Catholic priest is not the slightest deterrent in fulfilling the role of a priest.”

Declan continued, “Research last year from the French author (Frederick Martel) found that 80% of the Vatican’s top clergy are gay. And yet, despite these high statistics, the Catholic Church is very homophobic. Why?”

How do you balance your affinity for the Catholic Church alongside your findings?

“I believe that most people in the LGBT+ community must transcend their belief system beyond the Catholic Church and find their own faith, their own God, their own Jesus. In the end, this is not too hard to do. Remember that you can read all the Gospels and you will find that Jesus never once condemned homosexuality.” 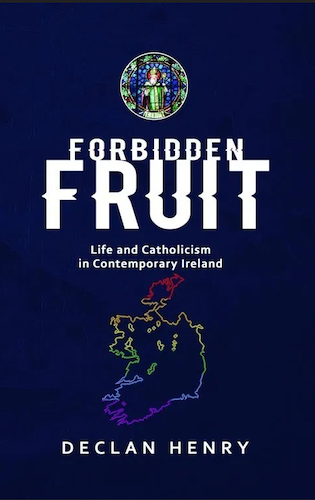 “In one sense, I smile when I think back about my earlier years growing up gay in Ireland – how vulnerable I was, how naïve I was. In the book, I recall how once I was feeling down and went to see a priest – but he refused to see me because he had just started to prepare his dinner. His dinner was far more important to him than seeing me. And so, I left and never returned. But I’m lucky. I left all that behind. I’ve had a good life, so any bitterness is forgotten. But there was pain and rejection. On one hand you had this unrivalled sense of belonging but on the other hand rejection, fear, shame and guilt for being gay.”

Do you believe the Catholic Church has alienated LGBT+ people to the point of pushing them from their faith?

“Yes, absolutely. Pope after Pope has helped to reinforce this message. Take the current Pope for example – he is not a stupid man, he is well informed and very knowledgeable about what is going on around him, yet he can say the most foolish of things. In December 2018 he stated, ‘There is no place for gay priests in the clergy’. Who is he trying to fool when the horse has well and truly bolted on that one?!”

“The truth is the church is full of homosexuals at every level. But unfortunately, most of these gay priests have a very unhealthy attitude towards their own sexuality – which is not alone very damaging to themselves but damaging to the wider LGBT+ community.”