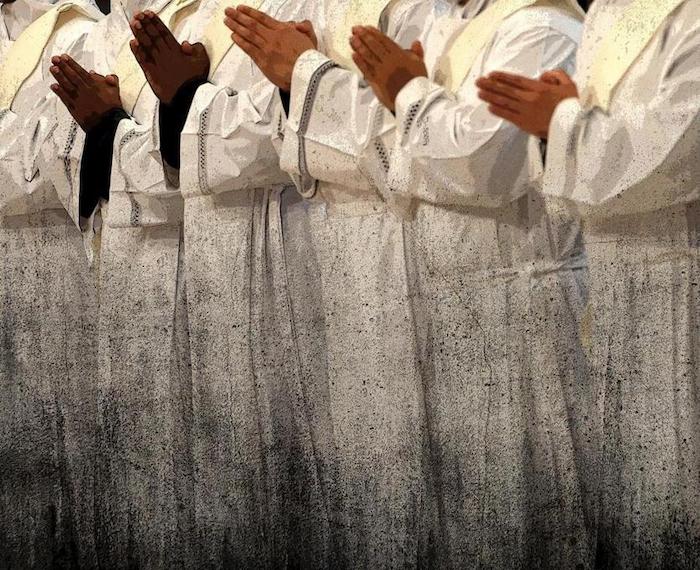 Year after year, we seem to reach new depths of priestly depravity in the Catholic church’s “ministry” to children in its charge. After 16 years of bad news on that front, a Pennsylvania grand jury reported last August that more than 1,000 children had been molested by more than 300 priests in that state. And now the attorney general of Illinois, Lisa Madigan, has revealed that 500 cases of alleged molestation were kept hidden by Catholic authorities. They were rejected as unproven by their own investigation. But Madigan says these were not real investigations at all, since the clerical bodies involved “will not resolve the clergy sexual abuse crisis on their own.” Civil authorities are needed where spiritual guidance has been nothing but misguidance.

The first instinct of bishops in these scandals was to “lawyer up,” and the first instruction of lawyers was not to show compassion or admit to any accusation. Large amounts of money are at stake here — millions already paid in settlements, with more millions to come. Madigan rightly says: “The priority has always been in protecting priests and protecting church assets.” I have a priest friend who went to console a family he knew when their child reported an abuse, but he was told by his religious superiors to cut it out. He was just lending credibility to the accuser.

The church response has consistently been to doubt, dismiss, or minimize reported acts of abuse. How, we have to wonder, can men dedicated to the Gospel allow or abet such a response? Have they never read the Gospel of Matthew (19.13-14)? When children were trying to reach Jesus, the disciples held them back, prompting Jesus to say: “Release (aphete) the children, do not hinder them from reaching me, since the heavenly reign belongs to those similar to them.”

Some say that an untenable demand for priestly celibacy fosters such crimes. But it would be unfair to the priests I know and admire to think they are covering up the crimes merely because they have some sympathy with the criminals, or that they are protecting the rule of priestly celibacy (which some have blamed for the crimes). They have a better motive (though a wrong one): They are trying to protect the aura of the priesthood that has been built up over the years. They fear that any loss of respect for priests will prevent them from doing good in service to their “flock.” The molestations diminish that respect.

Five years ago, when I wrote the book “Why Priests?”, some people criticized it because I did not include the pedophile scandal, even though it was filling the news. That was deliberate on my part. I did not want to give the idea that if only the sex scandal could run its course, all would be well with the priesthood — or that some reforms like removing the celibacy rule or ordaining women would make the priesthood work again. I don’t think it should work again. The priesthood is itself an affront to the Gospel. Jesus told his disciples: “You must not be addressed as ‘Rabbi,’ since you have only one Teacher, and you are brothers to each other. . . . And you must not be addressed as leaders, since you have only one Leader, the Messiah” (Matthew 23.8, 10).

There are no priests in the Gospels, except the Jewish priests, some of whom plotted against Jesus. Jesus is only called a priest in the late and suspect anonymous Letter to the Hebrews, where he is made a priest in the line of a mythical non-Jew, Melchisidek — and even there he is the sole and final priest. Peter and Paul never call themselves or any other Christian a priest. Outside the Letter to the Hebrews, the only New Testament titles for service to the community are episkopos (overseer), presbyter (elder), apostolos (emissary), and diakonos (servant), never priest (hiereus). None of these offices gave any of them a pivotal role in what would later become the seven sacraments.

Baptism was, from the outset, the entry ritual for the Christian community, but it could not originally be administered by priests, who did not yet exist. As the priesthood was gradually developed in the Middle Ages, it tended to subordinate all Christian activity to priestly superintendance — from childhood (baptism), to adolescence (confirmation), to mid-life (matrimony, sacred orders), to devotions (eucharist, penance), to the end of life (last rites). No wonder church leaders would try desperately to protect this imperial rule over the whole of Catholic life, trying to mute or erase any demeaning revelations of priestly predation.

The grip of the priests on Catholic life was illustrated for me when discussing “Why Priests” with Stephen Colbert on his earlier show (“The Colbert Report”), where he asked, “Don’t you really want a priest to be with you when you die?” I said no, even though I was brought up thinking that if you died with a mortal sin on your soul you would go to hell unless there was a priest at hand to hear your confession. Colbert also asked me if I believed that the eucharistic bread and wine were the literal body and blood of Christ. I did (and do) not. At the last supper, when Jesus handed out the bread and said “Take and eat,” his real body was there, offering bread as a symbol. If they were to eat the real body, they would have to chew on the offering hand not the offered bread. Augustine knew, in the fourth century, that the eucharist was not the real body of Jesus: “The visible [symbol] is received, eaten, and digested. But can the body of Christ be digested? Can the church of Christ be digested? Can Christ’s limbs be digested? Of course not.” (Sermon 227).

But Catholics are so convinced that only a priest can perform the miracle of transubstantiation that, if no priest shows up at a Mass, there is nothing for believers to do but go back home. There is no miracle without the magician. Colbert said to me after that show, “You are no better than a Protestant.” Right. I am no better than a Protestant. All Christians are brothers and sisters, whether or not priests show up at their gatherings. Many Catholics think they cannot do any real worshiping without priests. But why not? Peter did without priests. So did Paul. And all the early Christians.